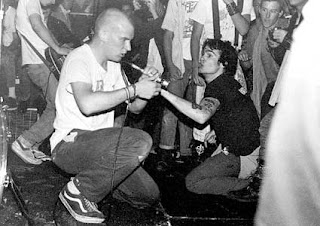 A few days ago, I finished a quick piece for the fanzine I write for (FAN) about music from 1984, 'though in part it was also about how I feel 1980s popular culture have been misrepresented and treated with unfair disdain. I think, possibly, this was in part because many of the critics of 80s culture grew up in the 60s and 70s, a time where rock (and related) music was a shared thing - almost what you could call a monoculture - between most young people everywhere. Of course, there may have been Stones vs. Beatles feuds, but everybody knew who they were. (Now, I'm not saying there werent obscure and/or underground artists. Just wanted to set the record straight).

But by the 80s (or even late 70s), the shear amount of music - in part because of the spread of DIY on the one side and easier, cheaper, and faster ways to mass produce music (e.g. Stock Aitken Waterman) on the other - may have lead to the situation where the older critics just couldn't keep up. What had previously been a shared youth culture was by the 80s many separate youth cultures. Add to this, the birth of MTV lead to increased focus on image, something critics of rockist leanings would dislike, and images tend to stay in the consciousness for a while. So, since many popstars of that time wore bright colors and puffy clothes (to get noticed, you know), that's what they remember, and not the kids who wore jeans and Chuck Taylors at the R.E.M. gig, just what some might wear today.

Mostly, though, my gripe has been with Norwegian critics. I feel it's been different in other countries. The Brits have been proud of how the Smiths and the Housmartins were parts of their popular culture, while Americans have understood more than most others that there were several plains in popular culture in the eighties, e.g. the birth of AmerIndie, the birth of hip-hop, as well as mainstream giants like Springsteen and Prince (who at the same time, may have shared many values with the underground cultures at the time). Few critics have been better at writing about the music of the 80s than Robert Cristagau. He found, and still does find, values and sounds to be treasured or loathed all across the board. My kind of listener.

But I waffle. I just thought it a funny coincidence that I had just recently been writing about how a decade has been (mis-?)perceived, and that this week Pitchfork have started a 2000s countdown, with lists, essays and what not. Now, I like history and a can enjoy a good list like any other jerk, and I may have a "Best Jazz of 2000-09" or something to that effect by the end of the year myself, but I thought this was a bit too early. I had almost forgotten we'd come to the end of a deade. 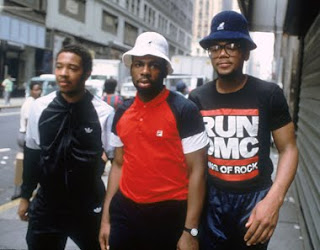